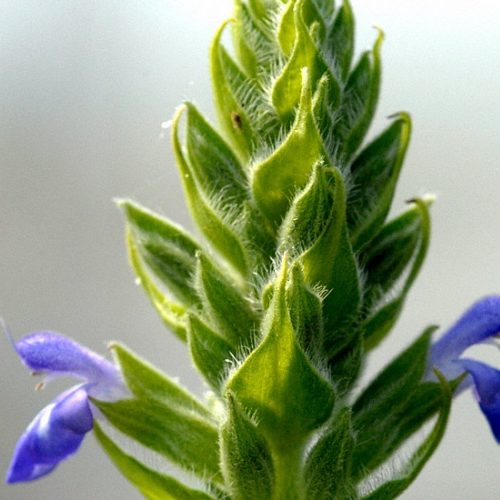 Chia, the seed of Salvia rhyacophila (previously called Salvia hispanica) was a staple and valued food of the Mayan, Aztec and other native people of south-west North America. It was valued to the point of usage as a currency for tribute payments and trading.

Modern analysis of the seed has resulted in a massively increased usage as a health food. That analysis has proved that  Chia (seed) is a very rich source of Omega 3 essential fatty acids, mucin, strontium, Vitamins A, B, E, and D and 30% protein.

In addition it contains calcium, phosphorus, potassium, sulfur, iron, iodine, copper, zinc, sodium, magnesium, manganese and silicon and is said to act as an antioxidant, nervine, tonic, laxative and demulcent.

The leaves of this Salvia can also be eaten and will add flavour to a tossed salad.

Your can provide your own supply of organic Chia by growing and harvesting the seed each autumn. Subsequent harvests can be organic if you follow the principles of organic horticulture.

Offered is a packet of 500 seeds (by weight) complete with propagation notes and easily made recipes.