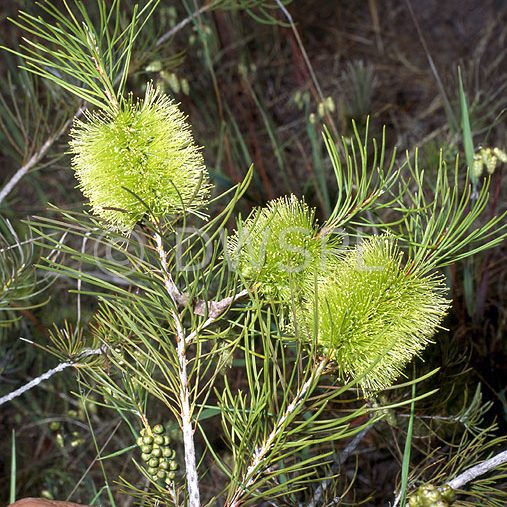 (This plant is not on the Australian Noxious Weed List)

A collection of four frost and drought hardy Bottlebrushes in four different colours. A total of One Thousand seeds!

Callistemon pinifolius has unusual green flowers, narrow leaves and upright habit. It grows to 2.5 metres, is drought and frost hardy. It is an endangered plant.

Callistemon Captain Cook is a natural dwarf with brilliant red flowers and dense habit. It grows to 1.5 metres and is drought and frost hardy.

Callistemon phoeniceus is a scarlet flowering, 3 metre, frost and drought tolerant plant with dense foliage and a prolific flowering habit.

Callistemon salignus is a cream flowering shrub of upright habit growing to 3 metres and is drought and frost hardy.

Callistemon pallidus is a lemon flowering shrub of dense habit. It is a 3 metre, frost, drought and salt tolerant shrub with a prolific flowering habit.

NOTE. Seed supplied will vary because of seed availability or suitability for your postal area but every endeavour will be made to satisfy your preferences.

Offered is 4 packets of 250 seeds with Grownotes to assist you.

All my seed travels with bubble wrap protection

The dried pod clusters are used in dried flower arrangements and the wood provides ornaments/jewelery..